Besides gracing the front page of the newspaper since 1901, I also spend time watching Twitter. Here’s some notable tweets from the week.

Besides the draft, a packed meeting about proposed intersection closures along Gravois sparked discussion.

Kara Clark
@karakaraclark
#Gravois Ave and its intersections are places. Converting them to a freeway would be a mistake.
Apr. 30, 2015
See transportation reporter @LeahThorsen for more information about Gravois and other St. Louis-area roads.

JDH
@Blackstarjus
As she described their behavior, the phrase "depraved heart" seemed to sum up perfectly how they treated #FreddieGray
May 1, 2015

Miss Packnett
@MsPackyetti
But remember: charges aren't justice, they're a step. We've been so starved for justice we can confuse the two. Keep fighting for Freddie.
May 1, 2015

There are so many tweets about #giveSTLday that a ‘bird can’t pick just one. The ‘tag is intended to highlight the power of charitable donations to local groups. Search the hashtag to see what Tuesday will bring, and go to givestlday.org.

Another inspirational hashtag that trended recently: #ReachHigher. The effort was sparked by first lady Michelle Obama and is intended to encourage high school students to continue their education with college or professional training. In St. Louis, the nonprofit @CollegeBoundSTL used the hashtag in several tweets about students in its program.

A few tweets that made me smile:

Cecilia
@cecemimi17
I meant to call my daughter honey, but autocorrect went with Hiney.
Apr. 30, 2015

Just Linda
@LindaInDisguise
Wanted: someone to gently rub my temples while I make hard decisions. Serious inquiries only.
Apr. 30, 2015

Spot something you want me to see? Make sure to let me know on Twitter: @Weatherbird. 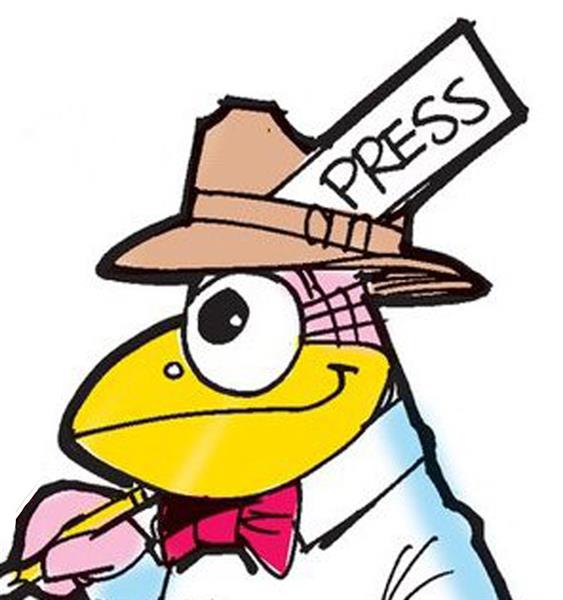 I'm such a handsome fella.
by bomalley