Besides gracing the front page of the newspaper since 1901, I also spend time watching Twitter. Here’s some notable tweets from the week.
So this happened Monday:

President Obama
@POTUS
Hello, Twitter! It's Barack. Really! Six years in, they're finally giving me my own account.
May 18, 2015 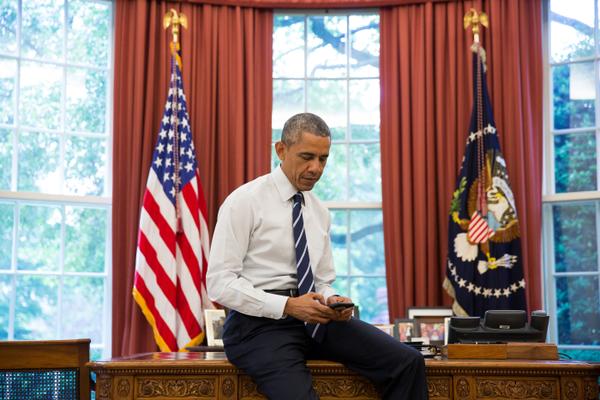 emmä
@emcarrow
HOW MANY OF YOU ARE THERE???? @BarackObama @POTUS
May 18, 2015
There was already a @BarackObama account, but that is run by Organizing for Action, a liberal campaign group. The @POTUS account tweeted — in response to a question from @billclinton no less — that the handle "comes with the house." (POTUS stands for President Of The United States).

Jimmy Baseball
@jimmy32villier
I love how @POTUS followed all chicago teams except the cubs 😂
May 18, 2015

Skip Brooks
@SkipBrooks9
Looking forward to many subtweets between @POTUS and @FLOTUS
May 18, 2015

Annie Pick
@anniepicky
@POTUS I don't know if I want to follow you, you're not gonna be one of those peeps that is Twittering all the time are you? #WELCOME
May 18, 2015
Guess not, because later that day:

Annie Pick
@anniepicky
I sent a Tweet to @POTUS and haven't heard back. What the heck is going on?
May 18, 2015

Humble
@iHumble
Good morning Sir President @POTUS is it to early to RSVP for the WH Super Bowl party in 16? Let me know. Thanks.
May 18, 2015

Rampage Rams Mascot
@STLRampage
TRUE STORY: During the contest to name me in 2010 a fan submitted: Barack oRAMa Welcome to Twitter @POTUS http://t.co/jdIZqLTWBv 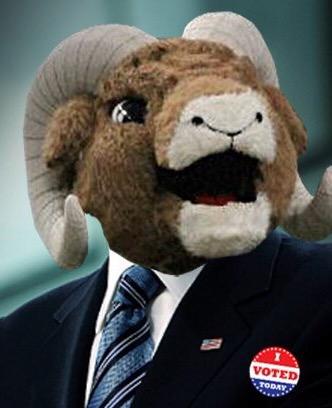 Jennifer Condon
@fabnsassy
I can't get a Twitter handle of my name without 15 numbers after it, but the POTUS has no trouble getting @POTUS? #suspicious #powerothepres
May 19, 2015

Kielah Harbert
@KielahLove
@POTUS if I could get one retweet from you my life would be complete. I will be president one day and well, you're an inspiration.
May 19, 2015

andrew long
@andrew_long
will @potus be able to get as many followers as @taylorswift13 ~57.5 million behind as of now
May 18, 2015
On Friday morning, the president had 2.33 million followers; singer Taylor Swift had 57.8 million.
Spot something you want me to see? Make sure to let me know on Twitter: @Weatherbird.
Last week's top tweets: Twitter-verse response to the John Diehl scandal