Salvation Army STL
@SalArmySTL
It may be rainy, but the day is still SWEET :-) Happy #NationalDonutDay folks. http://t.co/LZY1G2hnC2 http://t.co/UdevKI7IpC 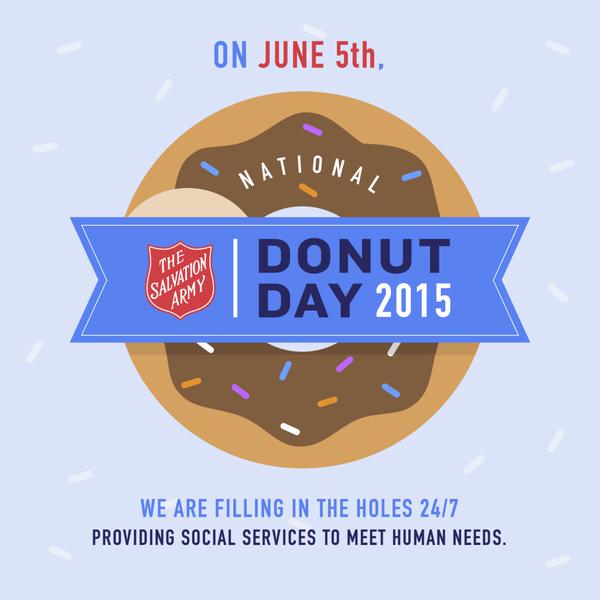 According to the website, “The idea for National Donut Day began on the battlefields in France in World War I when Salvation Army workers served coffee and doughnuts to soldiers in the trenches.”

Abby Rooney
@AbbyRooney
Is it doughnut or donut? Someone explain. #NationalDoughnutDay
Jun. 5, 2015

Matt Wideman
@MrktgOpsGuy
Celebrating #NationalDonutDay here in the office! For the record, I prefer the 'doughnut' spelling. http://t.co/sjU1ysGLfm 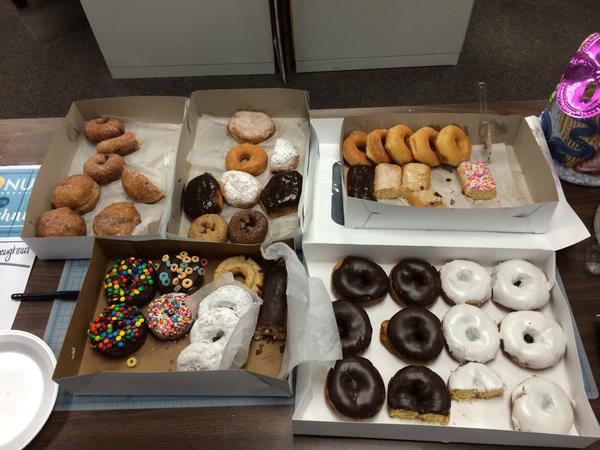 So does the Associated Press Stylebook, which outlines preferred spellings and references for journalists to use in news articles. A social analytics website, Topsy.com, showed that more people were using the hashtag #nationaldonutday than were using #nationaldoughnutday.

Katie Ingold
@khelene
It's #NationalDonutDay and no one brought donuts into the office. #fail
Jun. 5, 2015

Jeff Allen
@TheJeffAllen
Glad I ran yesterday, because apparently today is #NationalDonutDay and it just so happens that I LOVE DONUTS
Jun. 5, 2015
Spot something you want me to see? Make sure to let me know on Twitter: @Weatherbird.
Last week's top tweets: Congratulations, Gokul!